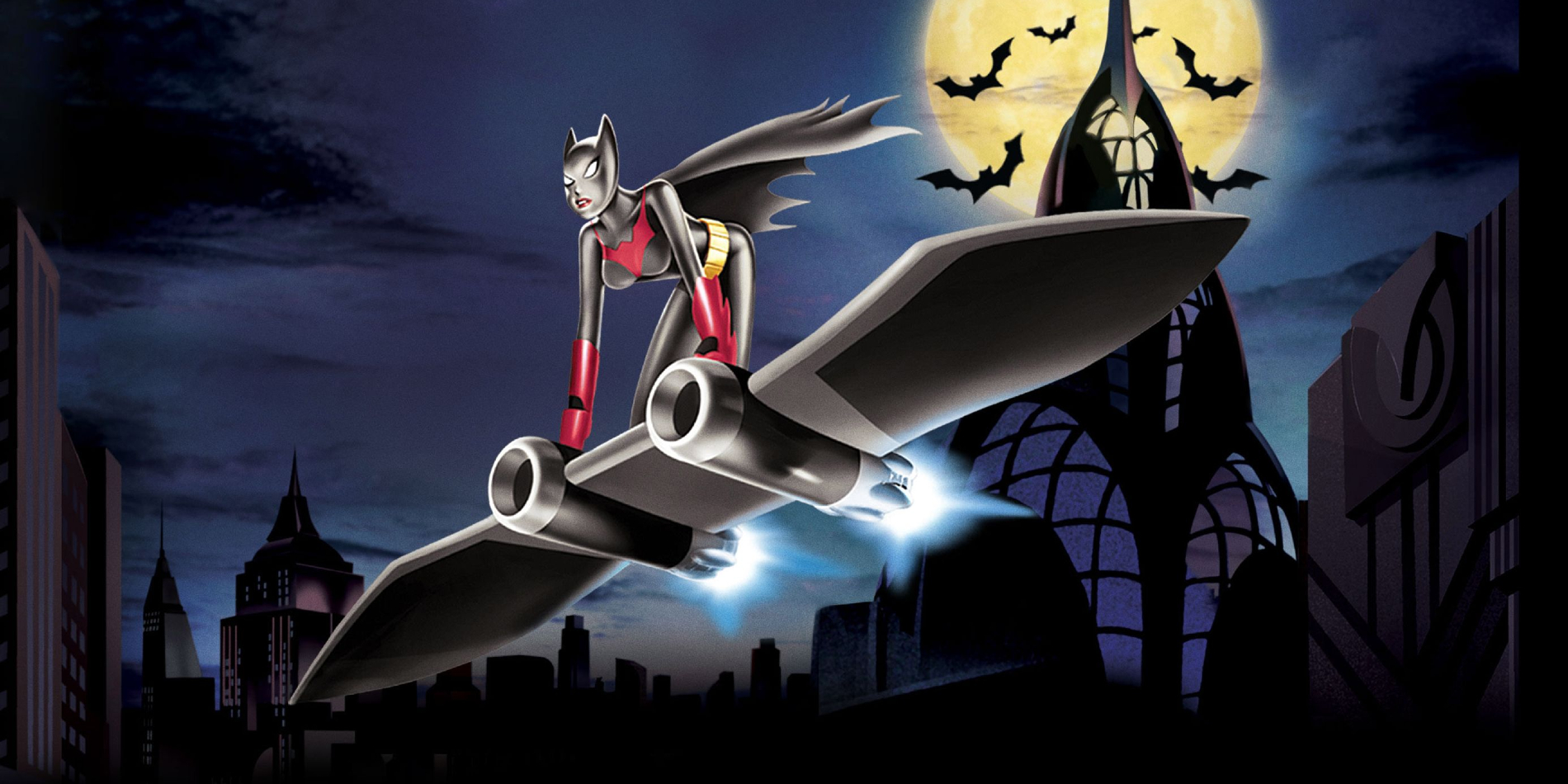 There’s a new Bat heroine in Gotham City, only she’s a little more willing to kill and no one knows her identity—including Batman. The Caped Crusader has his work cut out for him as he attempts to reign in the mysterious Batwoman’s violent war on crime while preserving the symbol of hope the Bat represents. Batman: Mystery of the Batwoman is the third film in the Batman animated trilogy, following Batman: Mask of the Phantasm and Batman: SubZero. Unlike the previous films, which exist in the continuity of the Batman animated series, Mystery of the Batwoman is based on the New Batman Adventures, a 1997 show that takes place after the animated series.

Released in 2003 and directed by Curt Geda, Mystery of the Batwoman is a direct-to-video animated superhero film that follows Batman as he attempts to discover the identity of Gotham’s newest vigilante, who forsakes his no-kill rule in the name of justice. His investigation leads him into the crosshairs of the Penguin and Rupert Thorne, who are selling illegal weapons and who have earned the fatal ire of a certain Batwoman. Meanwhile, Batman’s alter ego, Bruce Wayne, becomes romantically involved with Kathy Duquesne, the headstrong daughter of crime boss Carlton Duquesne who’s hired by the Penguin and Thorne to protect the duo during their illegal operation.

All signs point to Kathy being Batwoman, and she certainly fits the profile. Lonely, sharp, and unafraid of danger or risk, Kathy has baggage with her father and laments on the lack of relationship between the two. She’s rich, spoiled, and bored and mourns her mother’s tragic death—a death which she blames on her father’s criminality. It’s no surprise that Bruce feels drawn to Kathy somehow, and it’s more than just him trying to solve the mystery of the Batwoman. There are similarities between Kathy and Bruce—the tragedies that touched their lives, the frustration at the rampant corruption within Gotham, and the thrill each gets in the heat of danger or action.

When Batwoman shows up during Bruce and Kathy’s date to battle some thugs, Bruce is forced to reconsider who’s behind the cowl of the newest and untamed vigilante. There are two other suspects, Dr. Roxanne “Rocky” Ballantine, a kindly but fumbling new employee at Wayne Enterprises whose technological creations are being used in Batwoman’s war on crime, and Detective Harvey Bullock’s new partner, Sonia Alcana, whose in-depth knowledge of the weapons Penguin and Thorne are smuggling warrants suspicion. Despite the film’s intentions, the central mystery of the woman behind the Bat isn’t all that mysterious, and the pleasant little reveal that all three women rotate through the costume isn’t the biggest surprise. Each has her own agenda and backstory that screams future vigilante. Penguin framed Rocky’s fiancé Kevin for a crime he didn’t commit, Carlton Duquesne’s war with another gang led to Kathy’s mother’s death, and Thorne bankrupted Sonia’s family.

What makes this unsurprising mystery unique and compelling is the relationship that the three women have with one another and how well they work together as a team. I’d be lying if I said I didn’t want a show or movie about Kathy, Sonia, and Rocky fighting crime in Gotham City (it could be called Batwomen) or if I got excited when the three women revealed themselves as Batwoman. Tragedy and corruption bring the three women together, but it’s the very symbol of hope that Batman represents that inspires the women to fight back—even if they’d don’t adhere to Batman’s no-kill rule.

That’s where the dilemma with Batman arises. I’ll give the movie credit for not making Batman bat-splain to the women and try to end their crimefighting but rather reign in their murderous violence. Just as Sonia was rescued by Batman several years prior, which inspires her (and the other two women) to take up the cowl, Batman reminds them that the symbol of the Bat isn’t one of revenge but hope for the people and fear for the unjust.

Mystery of the Batwoman isn’t the most thrilling or definitive Bat-flick, but it is gorgeously animated, and it’s entertaining. There’s several bright spots in the film besides the three Batwomen. Bane shows up to take down Batwoman after she repeatedly interferes with Penguin and Thorne’s operation, and he continues to be one of the most brutal villains from Batman’s rogue gallery. The soundtrack is hip and exciting with elements of jazz, and the voice acting from Kevin Conroy as Batman/Bruce Wayne, Kelly Ripa as Rocky, and Kyra Sedgwick as Batwoman is top-notch. It was too bad we didn’t get to see a lot from Tim Drake’s Robin or Barbara Gordon as Batgirl, and her only appearance is a short cameo in a scene that hints at the romantic relationship between Barbara and Bruce and…ick. Just ick.

Mystery of the Batwoman lacks some of the emotional and darker beats of the previous two films. Still, at the end of the day, it’s an entertaining entry in the Batman universe, and I’d love to see future adventures with the three Batwomen, although the chances of this happening are slim to none. It’s a film that’s worth seeing for those who appreciate a lighthearted superhero romp, and while it’s not my favorite of the three films (Mask of the Phantasm still reigns supreme), Mystery of the Batwoman brings plenty to the table and is endearing addition to the Batman universe.