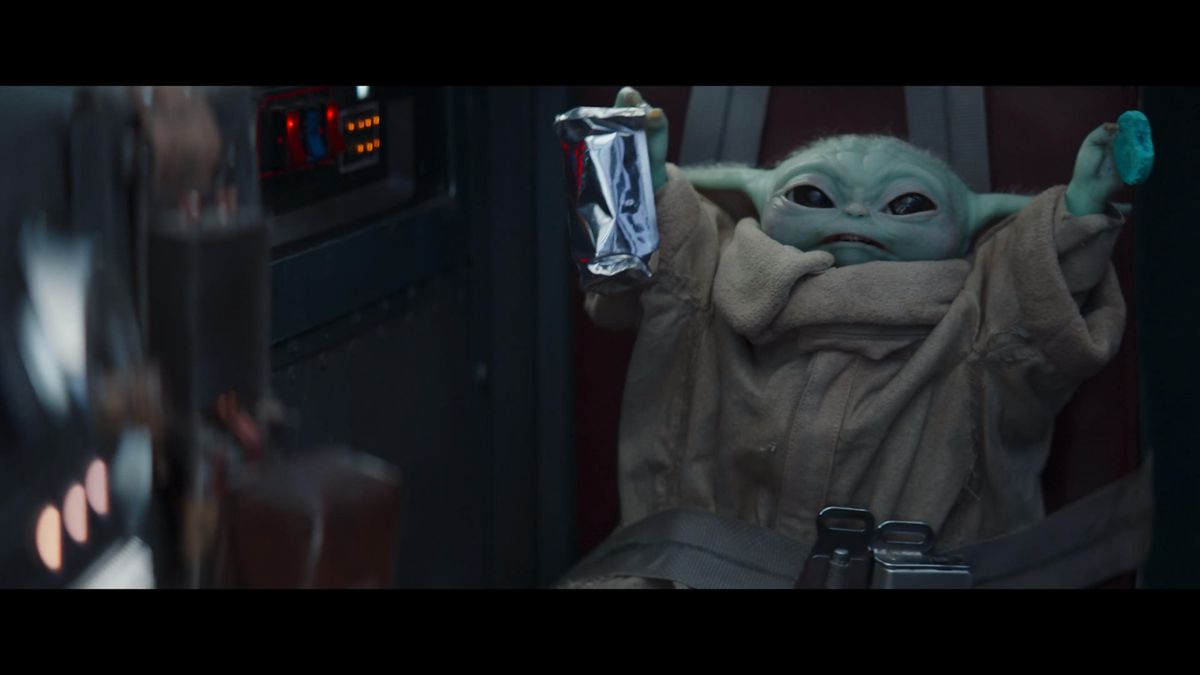 Spoiler Alert: This article contains many spoilers for Chapter 12: The Siege of The Mandalorian.

The most recent episode of The Mandalorian had a lot to offer for fans all over the galaxy. It has some great parallels to previous Star Wars stories, builds on the lore, starts to build up Star Wars’ next great villain, and has plenty of cute moments from The Child.

A lot of viewers may view this as a “filler” episode. While I don’t love that term as it gets thrown around a little too often (I’m guilty of overusing it myself), it had some tremendous setup for what we might expect for the remainder of the sophomore season and the series itself. Everyone knows what is coming next week, and it is fan-favorite Ahsoka Tano. Her appearance has been rumored since the first season ended and has been confirmed through the show. The audience knows she’s coming, and that is why Din Djarin and The Child are on their way to the planet Corvus. Djarin has been told that she is the one that can help him deliver The Child back to his own kind.

While we did not get any Ahsoka Tano in this episode, it is widely believed that we will get her in the next episode, which will be written and directed by Clone Wars and Rebels creator Dave Filoni. Ahsoka is his pride and joy and his character, and with the rumored episode title of “The Jedi,” it would be a shock to many if we do not get her in the upcoming episode.

Okay, enough speculation about future Mandalorian episodes, and let’s talk about “The Siege.” On their way to Corvus, Djarin and The Child have to make a pit stop where this entire story began, the planet of Navarro. Here Djarin is getting some much-needed repairs to the Razor Crest (which Djarin leaves in the hands of a sketchy looking mechanic) and meets up with two old allies, Cara Dune (who is now Marshal Dune) and Greef Karga. While on Navarro Karga, Dune, and the Mythrol that Djarin captured in the first episode enlist his help to take down an old Imperial base while The Child gets an education in the new school built on Navarro.

When they get to the old Imperial base, it is quickly discovered that it isn’t entirely as abandoned as they thought. When wandering throughout the facility, they stumble across some bacta tank looking units with individuals inside them. When examining them, the Mythrol plays a recording from Dr. Pershing to Moff Gideon, saying that The Child’s blood transfusion had a negative reaction with the specimens in the tanks. They must keep a close eye on the experiments going forward.

Now many have pointed out an abundance of theories. When they are looking at the tanks, fans have pointed out that the music that plays over it is eerily similar to the main theme that plays for Supreme Leader Snoke. While I am indifferent about the theory that this could be Snoke or a version of Snoke as The Rise of Skywalker would suggest, I won’t rule it out. It does kind of look like Snoke, and if it is, in fact, his theme, I don’t think they would use that theme for no reason. Many fans have also talked about how The Child could potentially help create the clone for Emperor Palpatine. I am in this camp, and I think that The Mandalorian will explore the origins of the First Order and lead into the Sequel Trilogy, so finding out how Palpatine got cloned would be a part of that. One issue I have with this is I hope that answering some questions from The Sequel Trilogy will not divert from the main storyline of Din Djarin. With the characters, we are already familiar with making appearances (Ahsoka, Bo-Katan, Boba Fett, etc.) I worry that this becomes a hodgepodge of old characters instead of focusing on the new ones.

As the episode continues, the four heroes are trying to escape from the Imperial base, which includes Djarin escaping to get The Child so he can get off of Navarro and continue on their main mission. While he is trying to get The Child, Karga, Dune, and the Mythrol are running through the base, eventually finding a land speeder/ship to escape in. They take that and make a run through a canyon while being shot at by Imperial TIE fighters. Towards the end of the chase, Djarin starts to shoot down these TIE fighters from the Razor Crest out of nowhere. This scene of heroics is very similar to when Rey shoots down the First Order ships to help save the Resistance during the Battle of Crait in the final third of The Last Jedi. This served as an epic Star Wars moment. The entire fighting and all the action sequences had some excellent direction from Carl Weathers, who play Karga. I sure hope that we get to see some more episodes directed by him.

At the end of the episode, we see Djarin parting ways with his allies and continuing on his mission. It is uncertain when we will see these characters together again. I think that we will, it’s just a matter of how. Then we get the big reveal of the episode. It cuts to an Imperial ship where they receive a transmission from the mechanic that fixed up the Razor Crest. He says that he has successfully installed a tracking device on the razor Crest and confirms that Djarin has The Child still. The episode ends with Moff Gideon receiving this information and uttering the phrase “and we will be ready” while looking over what appears to be an inventory of Dark Trooper armor. I loved this moment with Gideon. Giancarlo Esposito has this ability similar to Alan Rickman playing Snape in the Harry Potter franchise where it does not matter what he is saying; he has your attention with every word that he says.

Overall, I dug this episode. I know there are people out there that will say this was just another filler episode, but I wholeheartedly disagree. Episodes like these feel like filler because we don’t know the payoff yet. If I had to guess, this episode could lead to some huge payoffs and set us up for some really cool stuff in the future; we just don’t know what that looks like yet. I know one thing for certain, I cannot wait to see what happens on Friday!