Spoiler warning: While I don’t want to spoil anyone’s fun in watching this for the first time, the episode has some elements that have been seen before in the Star Wars universe and I will address them.

Fasten your seatbelts, because the second episode of The Mandalorian season two is here! Even though it’s not as explosive as the premiere, which gave us tons of Easter eggs and THAT ENDING, it’s still an incredibly action packed episode. Beginning on Tatooine, Din Djarin gets the mission to deliver an alien and its eggs to their home planet, but the alien proves not to be the best passenger on Razor Crest and hell, The Child neither.

This episode revolves a lot around The Child; him getting more screen time bonding with Din Djarin and eating whatever he can. This will for sure generate thousands of memes, like it happened in season one. Yay, more merchandise! You can see that the puppetry of The Child improved massively from the previous season and as a technical aspect that’s a delight. That is indeed a benefit when it comes to other creatures, like one of the biggest Easter eggs of the episode. The giant spider creatures we see in the episode were first created by Ralph McQuarrie for Empire Strikes Back, but George Lucas decided they weren’t fitting for Dagobah. However, the spiders were used in Star Wars: Rebels at some point, so fans of that show might recognize them easily. 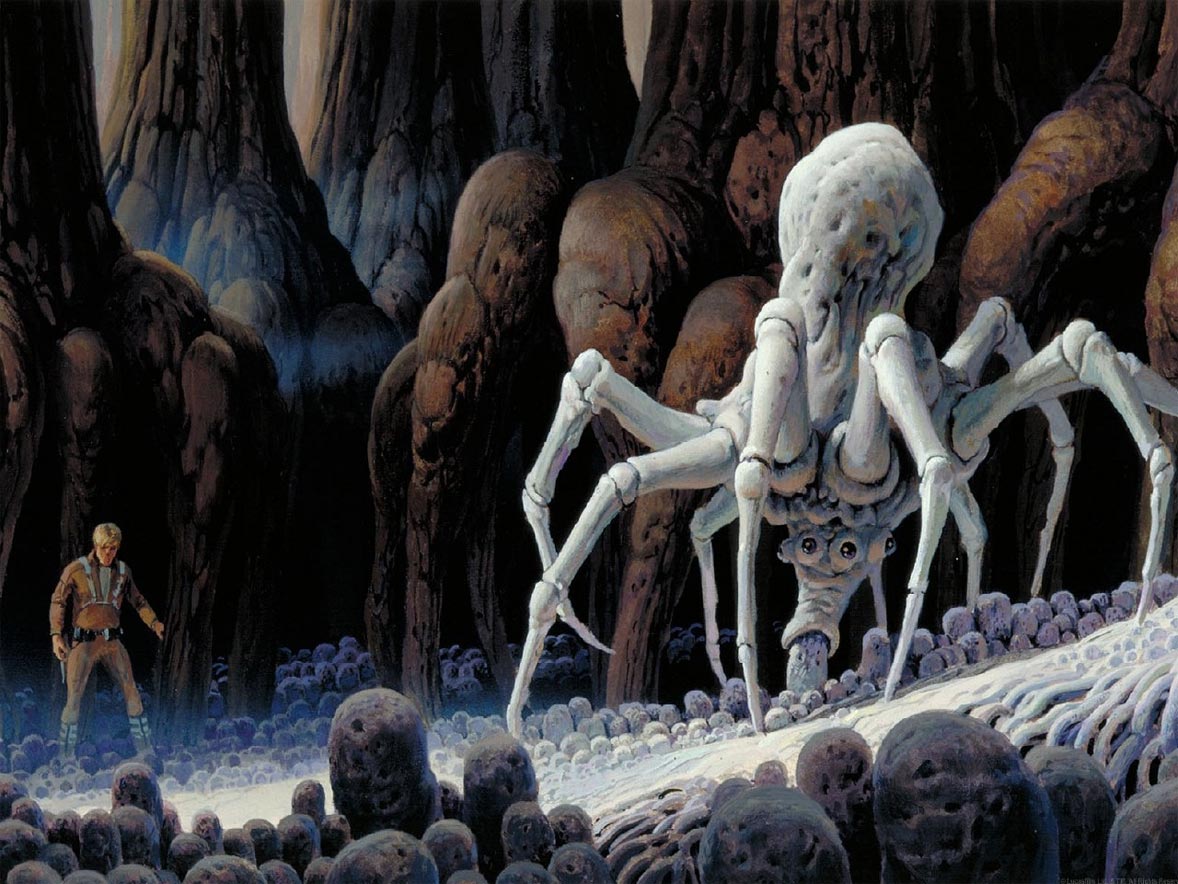 After hitting an unknown (yet, I guess) ice planet featuring these fearsome creatures, LOTS of them ensured an action packed episode, I can’t stop thinking that the spider attack looks a lot like the first levels in Role Playing Games, especially the hack’n’slash subgenre. Oh well, that’s what 22 years of Diablo transforms a person into. An Albino Wyyyschokk spider was featured in Star Wars: Fallen Order too, so the Star Wars gamers might find them familiar as well. Our protagonists finally escape, being able to flee the planet after the two X-Wing fighters let them go and save the day: one of them being the… head of easter eggs. I’ll just leave it like that, you’ll figure it out for yourself and love it.

Another aspect of The Passenger I liked was the humour. Even though this season has no episode directed by Taika Waititi and I personally believe that’s a travesty, we have Ant-Man’s Peyton Reed at the helm and it really shows in a good way. Star Wars needs its humour when that is possible and it works in the script.

My final thoughts are that this episode could have easily been a filler and it will feel like that for many watchers, but it’s incredibly hard to top the previous episode. Is it as good as that one? Not in my opinion, but it does have its strengths acknowledging the legend that was Ralph McQuarrie, humor and action. Finally, Din Djarin is back on tracking other Mandalorians and finding The Child his home, even though we see them bonding more and more. Peyton Reed created a contained The Mandalorian episode, so let’s see where the Razor Crest gets us next!